The origin of the Seven Wonders of the World dates back to antiquity. Initially they comprised only man-made structures. Meanwhile also seven natural phenomena are considered a wonder of the world and a recognised as such internationally.

In addition to the internationally recognised 7 (or 14) Wonders of the World, I think every backpacker or traveller has their own personal seven wonders of the world. Places or / and structures that are either associated with unique memories of a journey or that cause a great wanderlust when they come to mind. Today I am going tell you which personal seven wonders are on my list. In Part I of this blog, I will introduce you to the following three wonders of the world:

Although I’ve never been there – Sorry – StoneWall Inn is on top of my list of my own seven wonders of the world. The reason for this is clearly the Stonewall Riots, which were “instigated” by courageous LGBTs in and around Stonewall Inn on Christopher Street. Without this milestone of lesbian and gay movement, we would not have achieved as much in the fight for equal treatment and recognition as we have done so far. The StoneWall Inn is a queer place of worship for me. I’m going to visit it next year – Yeah! 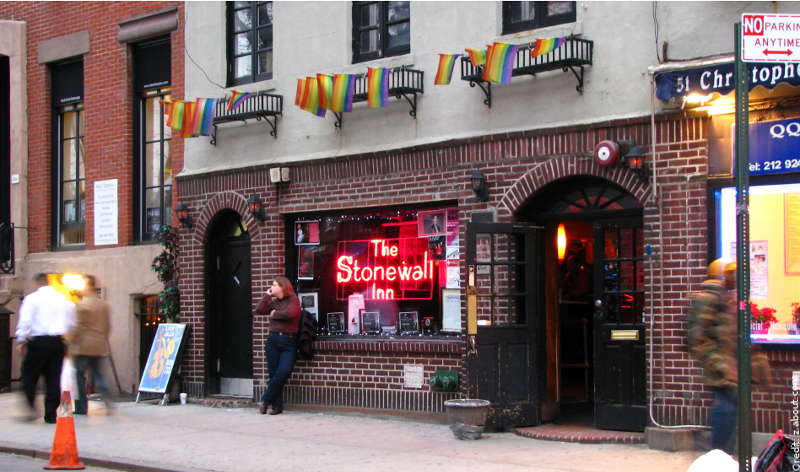 The Eiffel Tower is closely linked to one of my most beautiful trips. This beautiful work of art always invites you to the city of love. I’ll never forget the day I visited it with my partner. We stayed up there for several hours until sunset. The view in all directions, the wind caressing our noses, the impressive sunset and the swaying of the spire – all lasting impressions for us.

The Berlin TV Tower is completely different to the Eiffel Tower, which is why it is one of my seven wonders of the world. If only because it impressed me by its history. It was built in a record time of only a few years. The highlight of the TV tower for me is the restaurant one floor up from the visitor platform. Not because the food is particularly amazing, no. But because I love to be in the revolving restaurant without having to get up to catch the 360 ​​degree panorama of my city.

In Part II of my blog, I will report why, for example, the Maldives are among my personal wonders of the world.