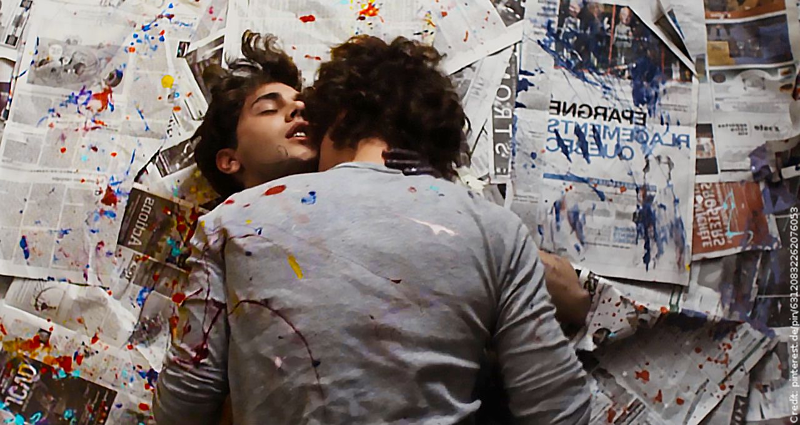 I just read that “The Death and Life of John F. Donovan” is a new movie by Xavier Dolan (born on March 20, 1989 in Montreal) to be released this year. For a Dolan fan like me this is long-awaited news as the release of his last film “Simply the end of the world” in Cannes was in 2016 already. How could I cope during the past two years without a new production of Xavier? Only by watching all of his films so far on DVD over and over again.

For those of you who haven’t heard of Xavier Dolan yet as well as for everyone else I’m presenting you with a selection of my favorite films of him in today’s blog. Each one of them has received numerous international awards and nominations. Naturally.

In his directing debut Xavier Dolan portraits of the life of the 16-year-old protagonist Hubert, who has recently started dating his classmate Antonin. Hubert’s anger and rebellion against his mother increases steadily so that he only sees one way out: to move out of his mother’s apartment as quickly as possible.

In this semi-autobiographical film Dolan also addresses his own issues in relation to and his relationship with his mother.

This extraordinary film focuses on an apparently impossible love between a woman named Fred (Frédérique) and a transgender woman named Laurence (living as a man at the beginning). Laurence reveals her deepest desire to become her true self: a woman. The story which takes place in the late 1980s and early 1990s covers a decade and records the fatal love of Fred and Laurence and the trials and difficulties they face.

The Death and Life of John F. Donovan | release scheduled for autumn 2018

Dolan’s current cinematic trick was originally scheduled for release during the Cannes Film Festival in May 2018. But unfortunately we still have to be patient until the premiere. Dolan himself is said to have postponed its release until autumn so that he can continue working on post-production.

You can find an interview here with him from the set: