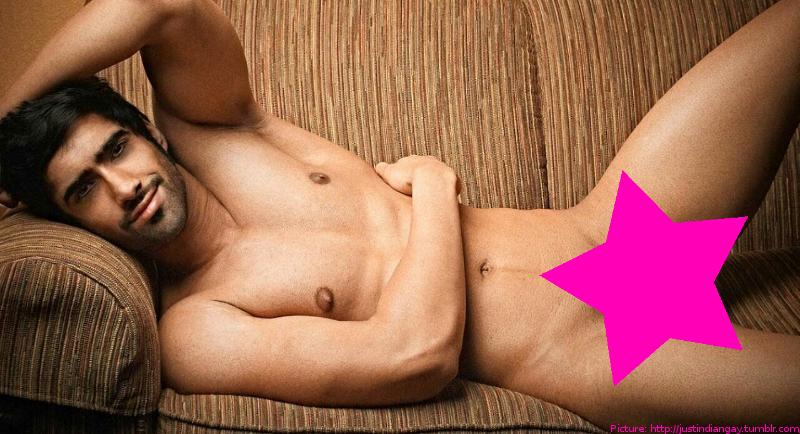 Sex is a taboo topic in India, and any discussion around sex is usually hushed. Governments are still stuck on whether to allow sex-education in schools or not. All this, despite India being the land of Kamasutra, and a land where temples like Khajurao depict sex in a very open and unrestricted manner on its walls through carvings pointing to an era when sex was celebrated openly. In such an atmosphere, where (straight) sex itself is taboo, you can imagine the many barriers that discussions around gay sex exist.

But does the reluctance of people to talk about sex means people are not having sex, or there is no sex culture in India? Far from it. Remember, India did not reach a population of 1.2 Billion through test tube babies. However, what it does do is make it difficult to talk about ones desires openly, and throws everything underground.

With the many restrictions, both legal and social around gay sex, it is not surprising that a gay sex culture (as it exists in European countries) does not exist in India. There are no bear or leather clubs, or clubs or pubs around fetishes. India does not even have gay clubs or bars. No Nude beaches. You do have gay parties but they are organised in regular bars/clubs once or twice a week, and notified via SMS or through secret Facebook groups. Sex toys are in demand in India, yet they are sold mostly underground (or online). Individuals do enjoy BDSM, master-slave relations, kink etc., and these are mostly put up in the profile description of Grindr and Planetromeo. LGBTQ space in India is still too preoccupied with discussions around coming out and fighting the homophobic law – Section 377.

But how does it all affect you when you visit India? Well, to begin with, it means when you visit India, there is no single club or bar in any city that you can go to to explore the gay life. If you do not know any LGBTQ Indian before who could show you around, or pass on the information of parties to you, then grindr and planetromeo remain your best friend to connect with people and gather these information. 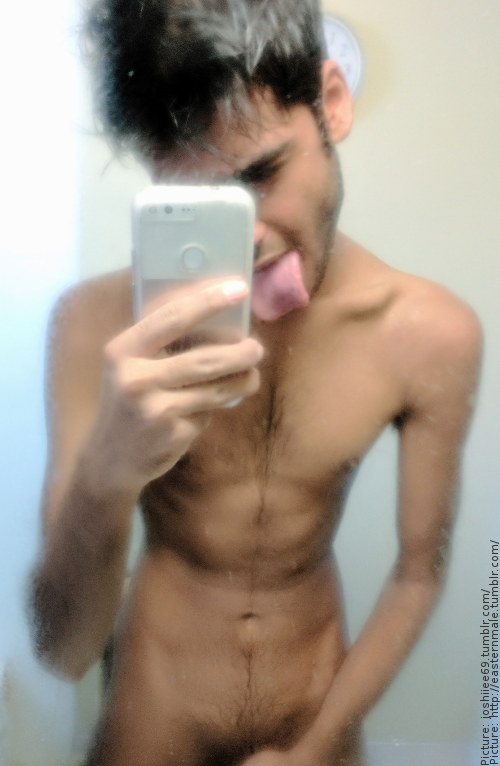 And how does a law like 377 affect you? Well, the law is mainly used as a tool of harassment and for extortion of money by criminal gangs or by police. The Section 377 is mostly applied in cases of rape and child sex abuse, and is seldom applied on gay men for having sex. For more details on how Section 377 affects you as a gay tourist, you can read this post that I wrote sometime ago. 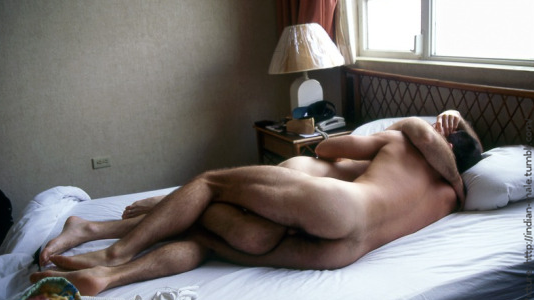 The fact that you are a foreign national visiting India however apparently acts as a deterrent for the police, as the police would not want to get into the tangles of dealing with embassies and disturbing foreign relations of India with other countries. 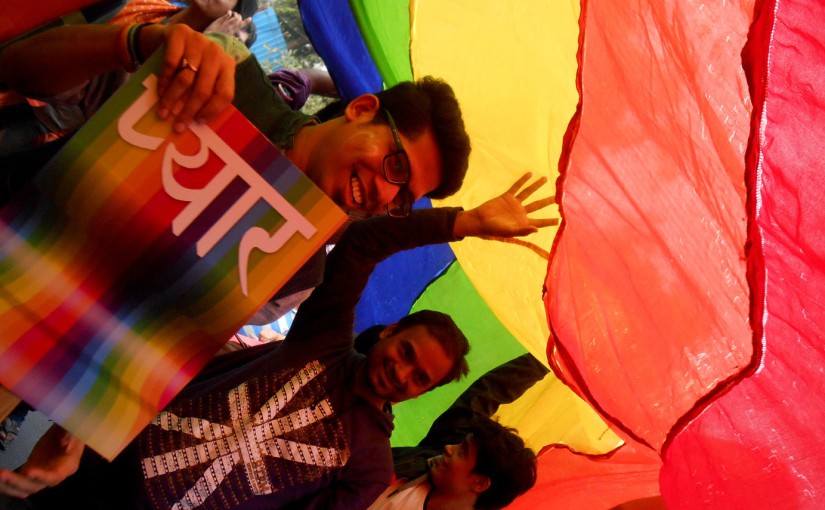 You probably already know by now that homosexuality is criminalised in India under Section 377 of the Indian Penal Code. However, the existence of a law hasn’t deterred the queer community in India in any way, and a vibrant gay culture exists in various Indian cities. Here are some of the best cities to be LGBT in India.

1) Mumbai – The economic capital of India and the centre of Indian movie industry Bollywood, Mumbai has one of the most vibrant queer cultures. There are regular gay meet-ups and gatherings being organised by Gay Bombay group where everything from movie screenings to cooking classes to  talks on relationships are held.  Apart from this, the city also has one of the largest LGBT film festival called Kashish that is held in May. It just concluded last week and Sir Ian McKellen had inaugurated it this year. The city also holds one of the largest pride marches in January and it is usually preceded by a month of pride activities.

2) Bengaluru – The Garden City of India, also called the Silicon Valley of India, is one of the friendliest cities of the country and hosts a weekly meet every Thursday at the Good As You Office where around 20-30 gay men usually meet and engage in friendly banter and discussion on various queer topics. I once took a friend of mine who was visiting from France to one of these meets. Apart from this, there is a Gay Runners And Breakfast (GRAB) group which, as the name suggests, is a runners group that runs around the famous Cubbon Park every Sunday and then meets for breakfast. Bengaluru too hosts a Film Festival in February, while pride is held in November end, and is preceded by a month of pride related events. 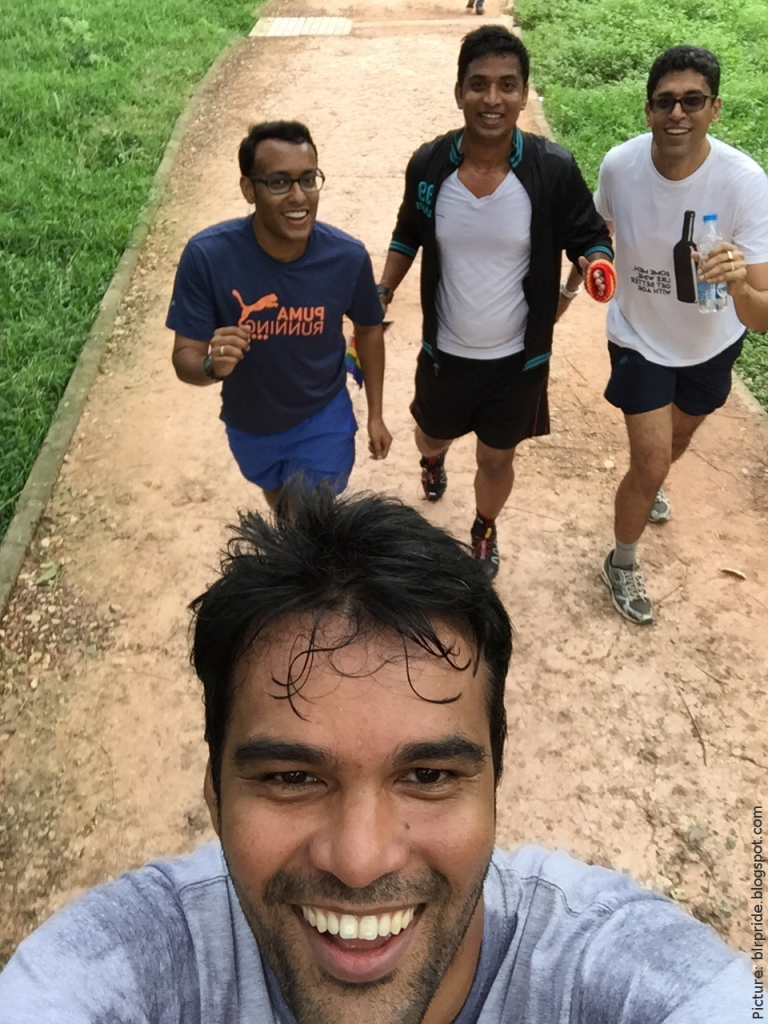 3) Delhi – Unlike Mumbai and Bengaluru, the capital city does not have regular official meet ups being organised by any group. But that doesn’t stop the queer community from coming together. You can find the LGBT community thronging Pallika Park at Connaught Place every Sunday evening. People come there with friends, to meet friends, to make friends. Other events that are held are usually communicated through social media or via email lists. Delhi also holds one of the largest pride parades in India and it is held around November end.

4) Kolkata – The people of the city are as sweet as the Rosogullas (a sweet dish). Sappho for Equality and Pratyay Gender Trust hold a film festival around November, while Pride March is held in December 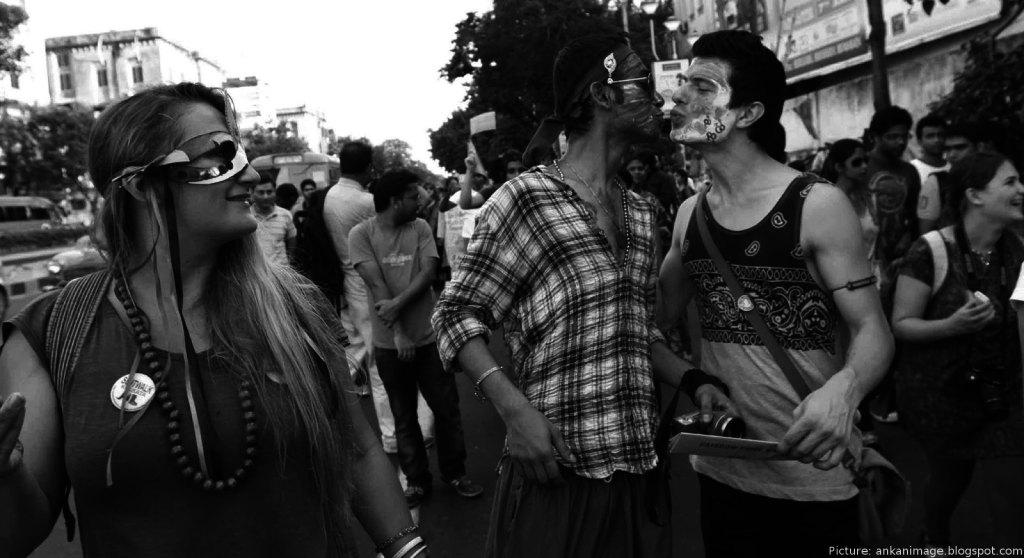 5) Chennai – Pride in the city is held in June. The city also has a queer literature group that meets regularly.

And if you are more into parties, then all of these cities also have gay parties every weekend. Apart from these, there are other cities like Hyderabad and Pune that are making their presence felt on the queer calendar with the increasing activities being organised or held in these cities.

If you plan to visit India, or any of these cities, do explore the local LGBT scene as well.

India is referred to as a sub-continent because of the varying weather, terrain, people and languages that you find in the country (well, actually the India sub-continent includes Pakistan, Sri Lanka, Nepal and Bangladesh too, but India is still no less of a sub-continent on its own). The country has 29 different states, each with its own distinct culture, language, food, sub-languages, dialects etc. The variety is so huge that if you move from one state to another, you might even be mistaken that you are in a different country!! During one of my own solo trips in South of India, I met two young German students who were stunned by the diversity they found in India and remarked that in Europe, you find a totally different culture and language only when you move from one country to another.

Section 377 in India has largely been a tool for the police to extort money from gay men at cruising spots and harass them by threatening to implicate them under Sec 377 if they do not pay them bribes. Recent crime data though shows that a number of cases were filed under Section 377 by the police, there is no distinction though if it was filed against LGBT people or in cases of child abuse (Section 377 is also often invoked in cases of child abuse).

Despite the existence of Section 377, more and more Indian cities are organising pride marches, LGBT film festivals, parties and other events. Delhi, Kolkata, Mumbai and Bangalore see some of the largest pride marches of the country. There is a thriving LGBT culture in the larger cities, and people mingle and meet in parties, social events, and also via apps like grindr and planetromeo. A number of gay travel portals exist with a largely foreign clientele.

Apart from the legal front, socially, India is still a largely conservative country where public display of affection is generally frowned upon. But you will find a lot of homo-social behaviour which often stumps people visiting from West. Two men holding hands while walking on the road might imply they are gay in Western countries, but such a gesture holds no meaning in India.

India is a vast and beautiful country, a little chaotic may be, but definitely worth visiting. And when you make that trip, do check out the local LGBT scene as well.